Seed2feed started as an initiative in Westland, The Netherlands, and was triggered from the idea that Dutch agri-food expertise could be used more effectively in the global efforts to deal with the world food challenge. The initiative resulted in a three-day conference in 2013 in Delft, hosted by the Rabobank and attended by some 300 participants with contributions of speakers from both, the African continent and The Netherlands.

The conference inspired a number of Dutch entrepreneurs to start up projects for food production and building food chains in Africa, Asia and Latin America. The results from 8 of these projects were presented some two years later in a follow up conference in Berkel, The Netherlands.

In 2017 it seemed the right moment to take the idea to the next level by creating a separate organization: The Seed2Feed foundation was born, and from that moment on a team of likeminded food and finance professionals joined forces in their efforts to help reducing the world food challenge by initiating projects, bringing parties together and providing finance solutions in order to make it happen.

Support us with your expertise. Do not hesitate to contact us.
You can also make a donation to support our foundation.

Curiuos how our network can help you with a project?
Please contact us. 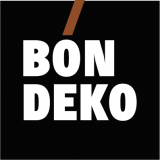 Support us with your expertise. Do not hesitate to contact us.
© Seed2Feed 2017